The pawn can only move 1 step forward at a time and that position is not occupied by another piece. In its very first move, it can also move 2 steps forward. It can capture diagonally upwards
If it reaches the top of the board, it canpromote to a queen, a rook, a bishop or a knight (the player chooses, pawns usually promote to a queen, because that's the most powerful piece). The pawn has a special move called en passant. This move can be done if the opponent advanced their pawn by two steps. This move can only be done as an immediate response.
Example for the pawn moves: 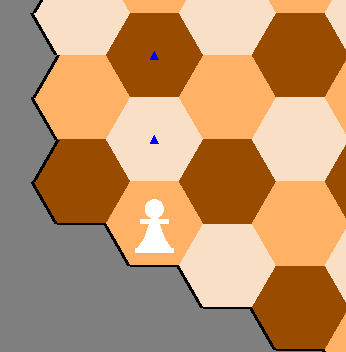 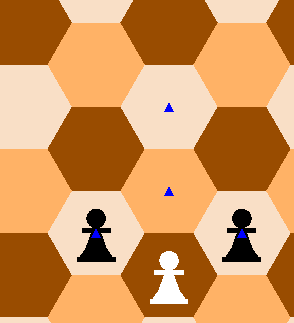 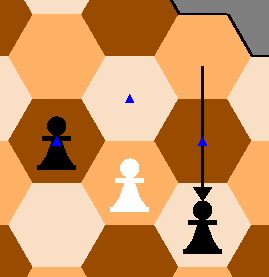 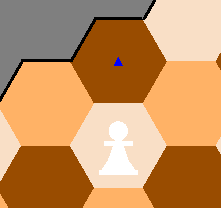 The knight is the only piece that can jump over other pieces. It moves by going 2 steps straight in any direction, turn by 60 degrees and move 1 more step. It is easier to understand the knight's movement by the following example: 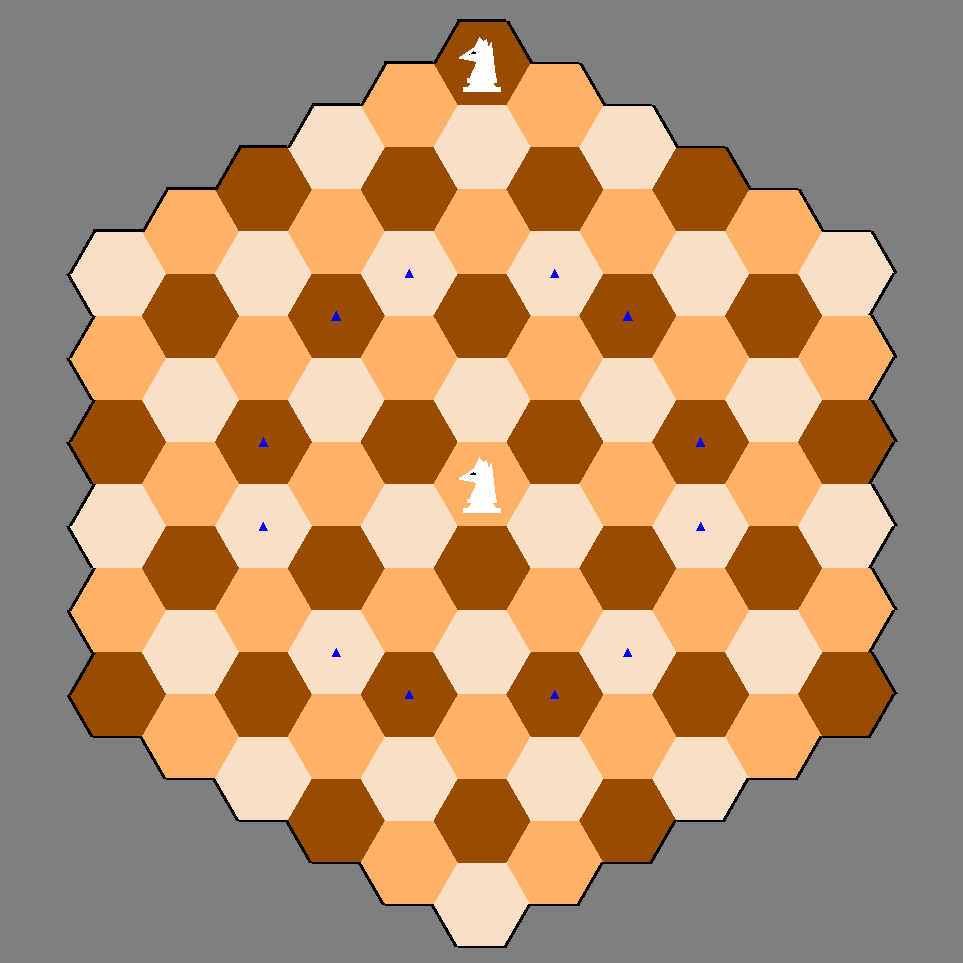 In hexchess, both players have 3 bishops. The bishops always stay on the same colored hexagons as they initially were. The bishops move diagonally as far as the player want to move it, as long as they don't jump over any other piece. 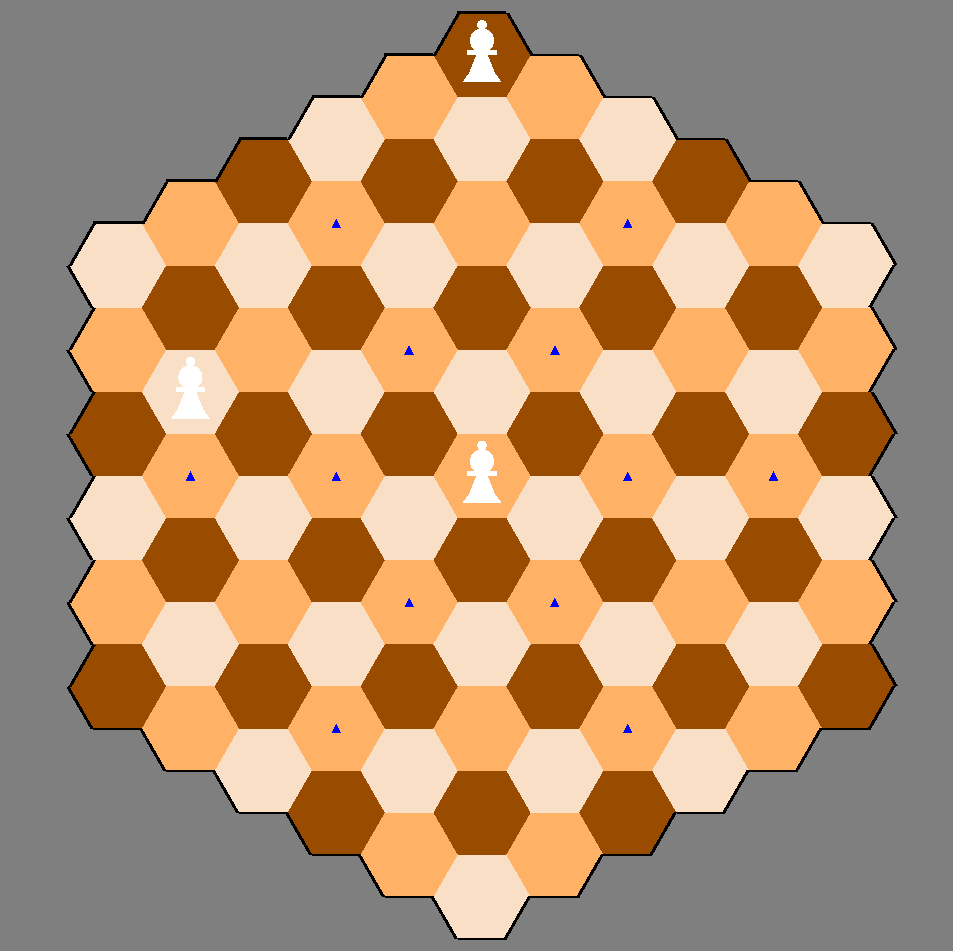 The rook can move straight to any direction (6 in total if it is not on the edge of the board). They can't jump over at other pieces. 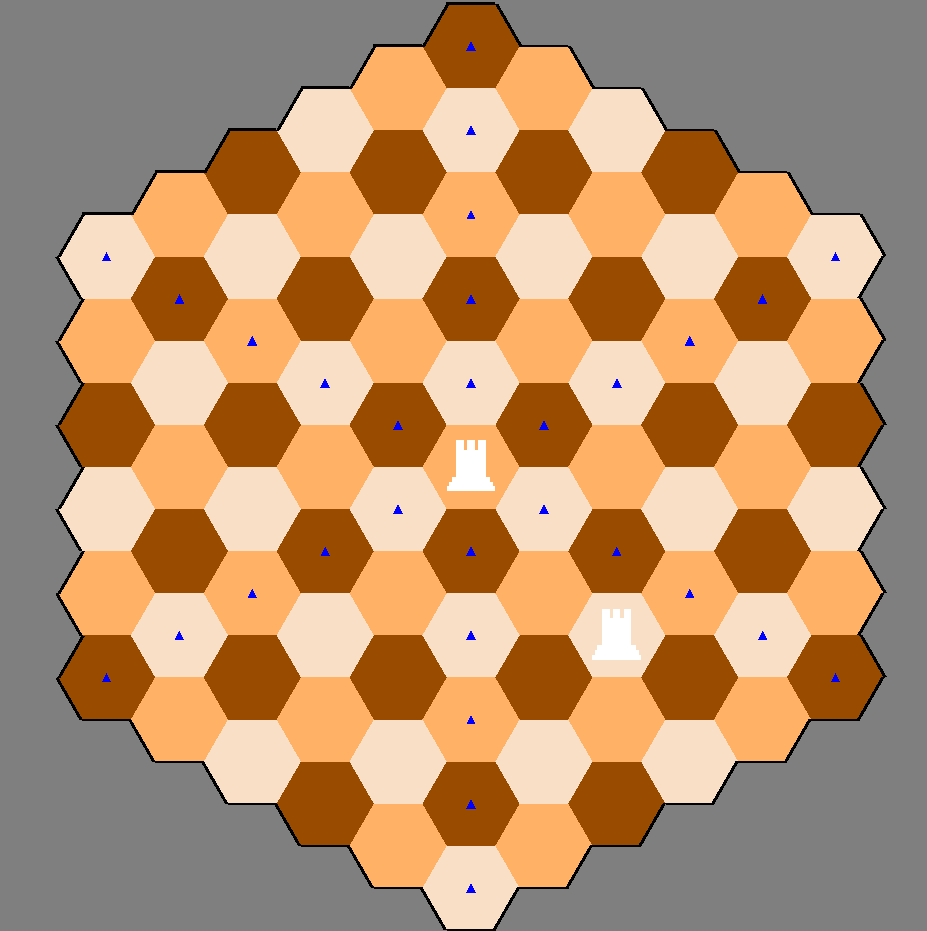 The queen is the strongest chess piece. It can moveas a bishop or as a rook, so it can make any move that the bishop can and any move that the rook can. With this powerful movement, it can move to 42 different hexagons from the middle of the board. In regular chess, it can only move to 27. This shows that hexagonal chess is way more complex than regular chess. 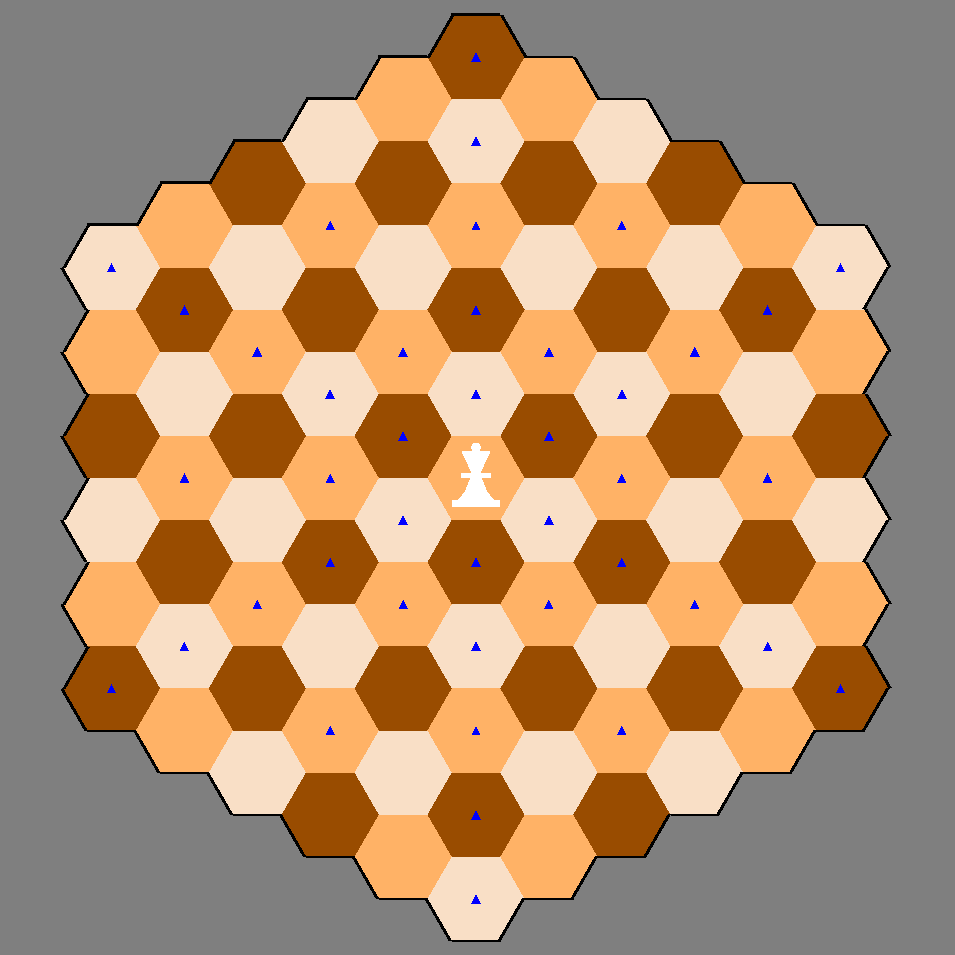 The king is the most important piece. The king has to be checkmated to win the game. it can move to the adjacent hexagons and it can move 1 step diagonally. If it is under attack (called check), then the player must immediately have to protect their king (by capturing the attacking piece, moving the king away or by placing a piece between the attacing piece and the king). It is illegal to make any move that puts the king under attack 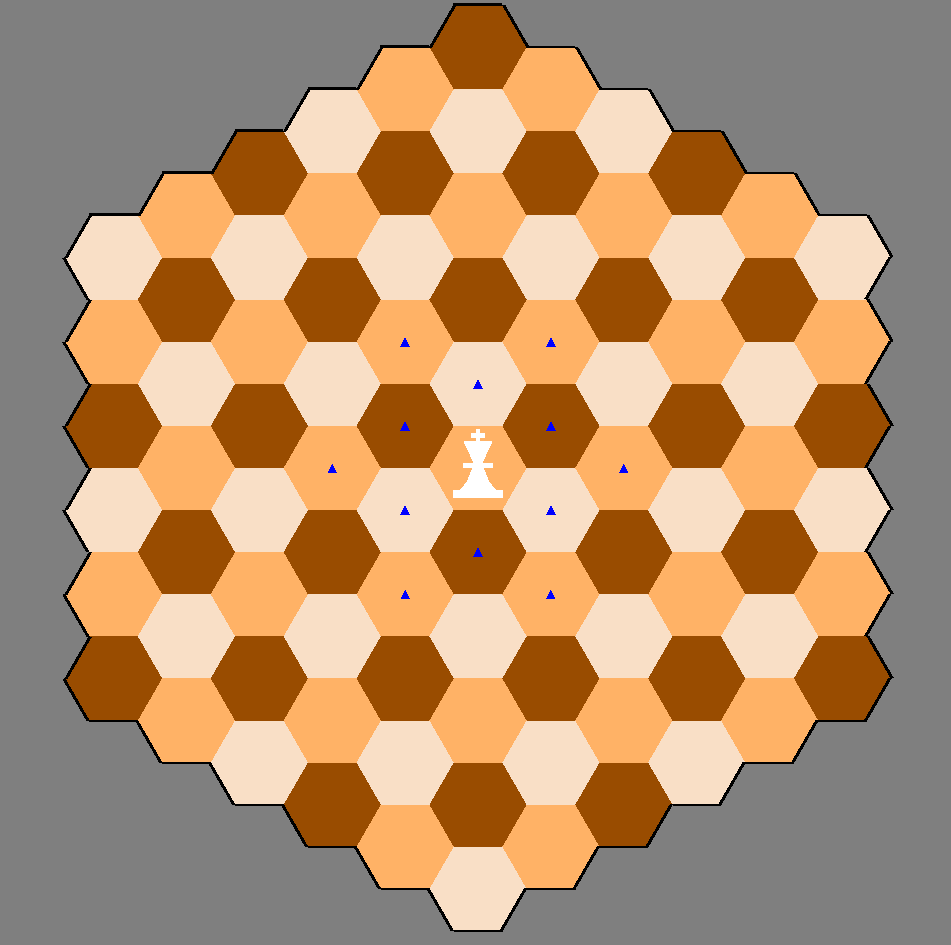 Checkmate is a position where the side to move is in check and it can't make any move to get out of check. The player who checkmated the opponent wins.

An example for the checkmate:

Use the analyze board to try out the moves for yourself.

In addition to the normal hexagonal chess, you can play the following variants. In these variants, the basic hexchess rules apply (checkmate wins, stalemate is a draw, 3-fold repetition is a draw, 50 moves rule apply), and there are also some additional rules.

King of the hill

The player who reaches the center of the board with their king (the f6 hexagon, marked on the board) wins the game. You still have to play legally according to the basic hexagonal chess rules, therefore it is illegal to move your king to the f6 hexagon if the f6 hexagon is under attack by the opponent.

Insufficient material rule is not applied in this game mode, because it is possible to reach the center even with a single king.

The player who gives 5 checks to the opponent wins. You can see your remaining 'lifes' (number of checks you can get before losing the game) next to your player tag.

The player who captures the other player flag wins the game. White's flag is at f1, black's flag is at f11 hexagon (both marked on the board). In order to capture the flag, you have to move to the position of the opponent's flag. You still have to play legally according to the basic hexagonal chess rules, therefore it is illegal to capture the opponent flag with a move that leaves your king under attack.

Insufficient material rule is not applied in this game mode, because it is possible to capture the other player's flag even with a single king.